Visiting a home in Naperville to replace a relay in their older NuTone central vacuum, I came upon this: 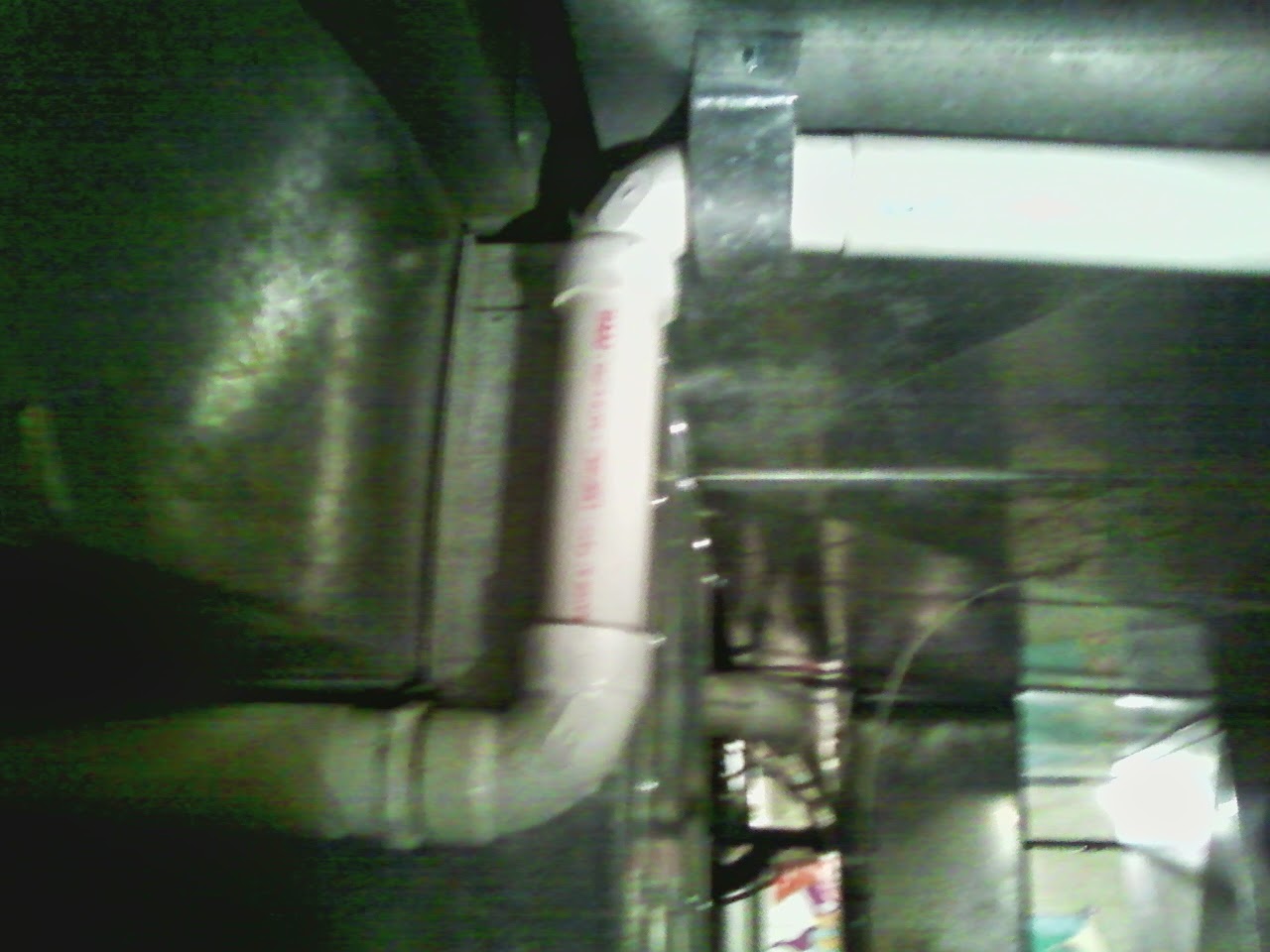 Somebody (basement contractor?) had used 1.5" DWV plumbing pipe to extend this central vacuum line. This creates a ridge at the transition which can catch debris -- a major "Bozo no-no" and an invitation for clogs. I corrected that for the homeowner, as well as this little gem: 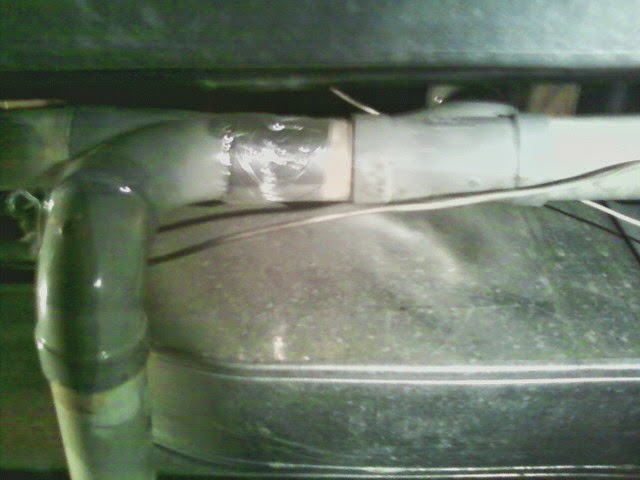 The power unit in this case is to the right. The tee on the left, while pointed in the correct direction, is what's known as a "drop-out tee" -- that is, dirt traveling horizontally will fall into the branch line, instead of making it all the way back to the unit. The tee on the right doesn't have this problem, but it is pointed in the wrong direction, forcing the dirt to make an almost-U-turn; another invitation for clogs. Fortunately, the fact that whoever did this used foil tape instead of PVC glue made it rather easy to take apart and re-do properly. This system now works better than it ever has.
Posted by Unknown at 6:43 AM No comments:

I was called out to unclog a central vacuum system in Wheaton, IL recently. My standard procedure is to use a special dual-motor, high waterlift unclogging unit, suctioning the clog out from the inlet. This works very well, and I was getting good results this time -- removing lots of lint and hair from the inlet that wasn't working. An important step in removing a clog is to, after suction is restored, vacuum a full paper towel sheet through the system. If the clog is completely gone, the paper towel will make it all the way to the unit in a few seconds. Oftentimes a clog is caused by a long object like a pencil, which catches lint and debris. The paper towel ensures that the item which started the clog has been removed. In this instance, I was unable to get the paper towel to go completely through the pipes. Even after trying several times, the paper towel seemed to be catching in the same spot. The lines to the second-floor inlets in this home were run up to an attic trunk line, which then went down to the basement. One technique to use, with a clog that is difficult to remove, is to walk around and listen for a "whistling" or "hissing" sound in the pipes -- often this will indicate where the clog is, and allow you to cut the pipe and inspect. In this case, I was hearing a noise in a hallway wall which backed up to a bathroom. Inside the bathroom, I could hear the noise most clearly at the point where a toilet paper roll holder had been attached to the wall. In fact, the noise would change if I moved the holder.

Removing the left side of the holder (which was attached to the wall with a toggle bolt), I found this:

I turned the system on again and there was airflow through the hole. Just as I thought -- the hole for the toggle bolt had been drilled directly through the center of the vacuum line going down to the basement. The next step was to cut away a section of drywall which would allow me to repair the pipe.

This allowed me to further inspect the pipe. Since this was a cleanly drilled hole and went through only one side of the pipe, I was able to repair it without cutting out the damaged section of pipe. I took a slip coupling, cutting a 1" section out of it so that it could be "clipped" over the pipe, after first being coated with PVC cement. The finished repair is below...

Amazingly, this house (along with the vacuum system and the toilet paper roll holder) was ten years old -- even with a toggle bolt obstructing the pipe serving all the upstairs inlets, the system took ten years to clog. The homeowner was left with a system that worked better than it ever had, and only a 2 1/2" square of drywall to fix. Of course, I also made sure she knew not to mount that holder in the same spot.
Posted by Unknown at 7:28 AM 1 comment: